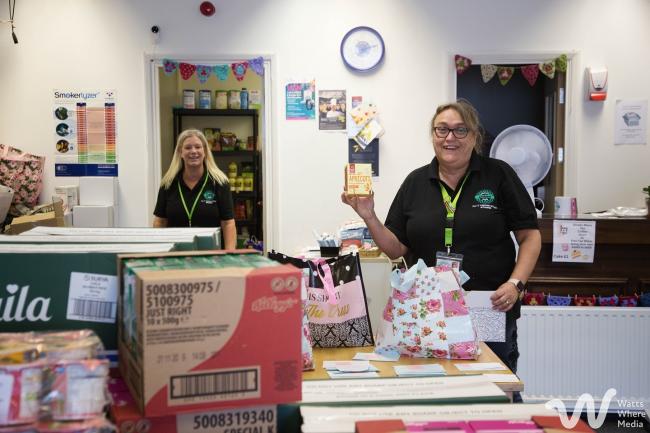 VULNERABLE families are being given the chance to apply for free food parcels to prevent disadvantaged youngsters from going hungry.

The Witham Hub has won funding to run the scheme in the town after a successful pilot project in the summer holidays.

He has already won a battle to force the Government into running the scheme throughout the summer holidays.

The Manchester United forward was awarded an MBE this year for his campaign to end child food poverty after his own family struggled when he was a child.

Witham Hub boss Tina Townsend said: “We ran a scheme in the summer to pilot this after we got some funding and it worked really well.

“We made a few tweaks and we are restarting it again until Christmas.”

Parents have to apply through their children’s school to see if they qualify for the scheme.

Rickstones, Maltings and Templars academies are all taking part.

Tina said:”The schools give families a qualifying letter so they can come to the hub and collect a food parcel.

“We also run the community fridge so we encourage them to take food from there.”

The food parcels contain basics such as rice, pasta, cereal, baked beans and other tinned food.

“We try to put in healthy stuff,” said Tina.

“There are two bags of frozen vegetables, bread and a voucher for Newlands Butchers which they can redeem.

“We encourage people to top up their bags with food from the supermarkets from the community fridge.

“We just don’t want people to worry – there is help out there.”

“Even if they don’t qualify for food parcels, they can still access the community fridge.”